The 8 x 8 pixel red display is one of the first projects I did after a long hiatus. I wanted to build something useless and work on my C programming skills.

The schema was made in CadSoft Eagle, the layout was laser-printed overhead sheet and the board was etched on the kitchen. Nowadays I use MakePCB or Sparkfun‘s BatchPCB. 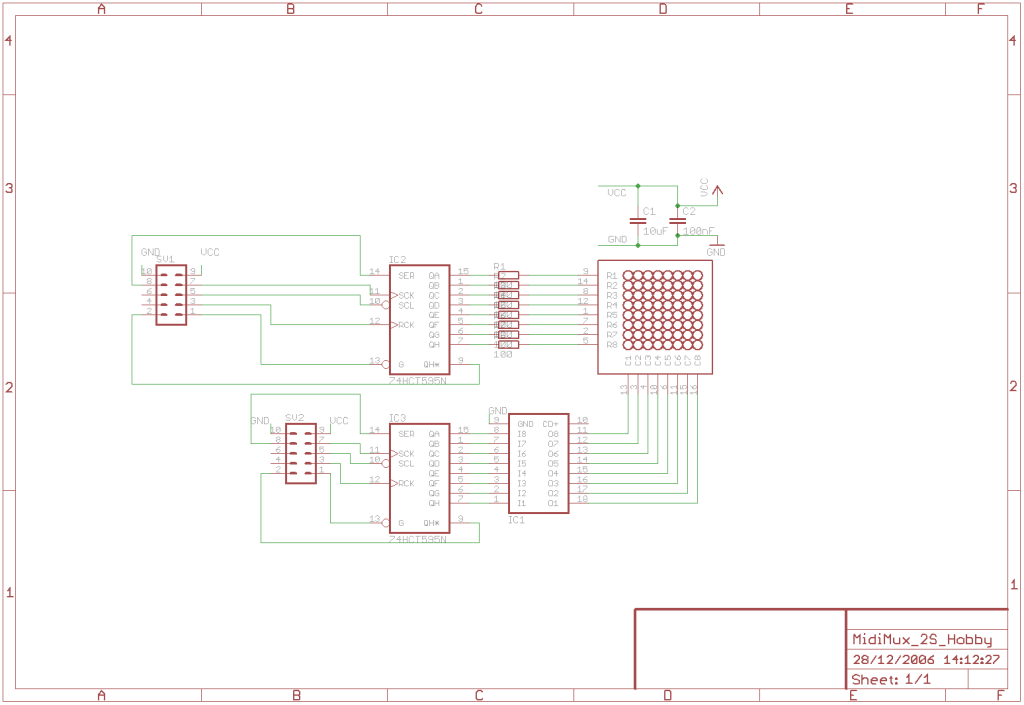 I kept the board simple as well so I could etch it myself. 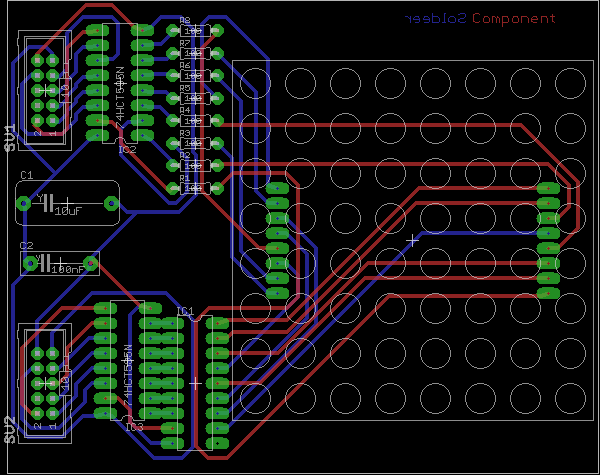 The built up board : 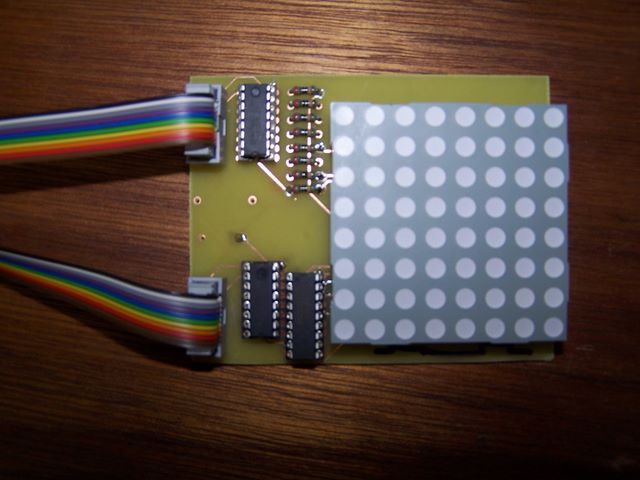 The software bitbangs a couple of IO ports to control the two shift registers, intensity variation is done by changing the duty cycle of the leds. This example has 3 bits intensity (8 different intensities).  We can use these “8 pixels x 8 pixels x 3 bit” intensity as 3 bitmaps with 8 pixels x 8 pixels. The highest valued bitmap (the MSB of the intenisty) is shown 2 x als long as the second highest. The second highest value is shown 2 x as long as the LSB.

Making character bitmaps is a lot of work. If you have access to a unix box of sorts you can use figlet and the 5×7 font to generate these for you.

This will result in a monospaced font which are not as pretty as the hand made fonts.

For instance, you can generate the character “0” with :

And this will output :